Brexit: its impact on Italian and UK citizens 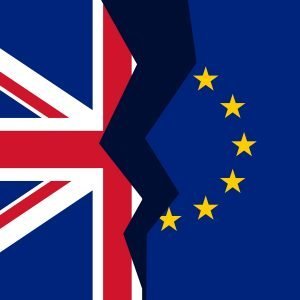 When the UK will indeed exit the EU (commonly known as “Brexit”), there may well be some changes for both UK (non-EU) citizens living, studying, working, and conducting business in Italy and vice-versa for Italian citizens in the UK (e.g. visa, permit of stay, etc.). Vademecum Italia is closely following the on-going developments regarding Brexit.

On June 23, 2016, the EU referendum took place and the people of the United Kingdom voted to LEAVE the European Union.

“1. Any Member State may decide to withdraw from the Union in accordance with its own constitutional requirements.

2. A Member State which decides to withdraw shall notify the European Council of its intention. In the light of the guidelines provided by the European Council, the Union shall negotiate and conclude an agreement with that State, setting out the arrangements for its withdrawal, taking account of the framework for its future relationship with the Union. That agreement shall be negotiated in accordance with Article 218(3) of the Treaty on the Functioning of the European Union n1. It shall be concluded on behalf of the Union by the Council, acting by a qualified majority, after obtaining the consent of the European Parliament.

3. The Treaties shall cease to apply to the State in question from the date of entry into force of the withdrawal agreement or, failing that, two years after the notification referred to in paragraph 2, unless the European Council, in agreement with the Member State concerned, unanimously decides to extend this period.”

The referendum has an “internal” validity and, therefore, for the moment nothing has changed for the UK, although some States (both EU and non-EU Members) and companies, are starting to assess possible new scenarios which do not include the UK in the EU.

Besides the agreement/s with the Union as mentioned in art. 50, probably the UK will try to reach agreements with other partners before notifying its intention to withdraw (if this will be the case) from the Union. Therefore, it is not certain that in order to see the consequences of the June 23, 2016 referendum (Brexit) we will need to wait until the agreement/s with the Union is/are reached or, if this does not happen, two years after the notification referred to in the above mentioned paragraph 2.

Having said the above, of course, when the UK will indeed exit the EU (Brexit), there may well be some changes for both UK (non-EU) citizens living, studying, working, and conducting business in Italy and vice-versa for Italian citizens in the UK (e.g. visa, permit of stay, double taxation, etc.).

However, our guides concerning visa, study, financial, business, family etc. issues cannot be re-written before the UK and the EU (or other partners) reach agreement/s regarding its “withdrawal from the Union”.

Vademecum Italia will keep you updated on any changes as they occur, so keep in touch!

On March 29, 2017, British PM, Theresa May, signed the letter notifying the European Council of the UK’s intention to leave the EU. This officially set in motion the process for negotiating Britain’s exit from the European Union, which some experts believe may take even more than two years. The principle difficulties seem to be those linked to the determination of the sum of money the UK must pay to leave the Union and the protection of the rights of EU citizens living in the UK and vice-versa.

n1
“The Commission, or the High Representative of the Union for Foreign Affairs and Security Policy where the agreement envisaged relates exclusively or principally to the common foreign and security policy, shall submit recommendations to the Council, which shall adopt a decision authorising the opening of negotiations and, depending on the subject of the agreement envisaged, nominating the Union negotiator or the head of the Union’s negotiating team” (Article 218(3) of the Treaty on the Functioning of the European Union).