Buying and drinking alcohol in Italy 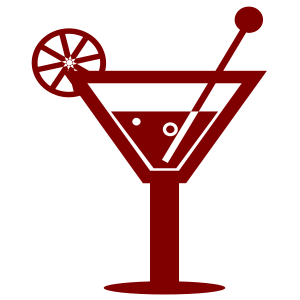 In general it is lawful to sell (under license)/buy or drink alcohol, even outdoors. However, it is forbidden to sell alcohol to minors and (in some specific cases) during night hours. Minors do not incur in any administrative penalty or criminal charges for drinking alcoholic beverages at home or in public, unless they are drunk. This rule also applies to foreigners visiting the Italian peninsula for any reason.

In Italy, minors are not allowed to buy alcohol, but they do not incur in any administrative penalty or criminal charges for drinking alcoholic beverages at home or in public, unless they are drunk.

Although it is forbidden for minors to buy alcohol in Italy, it can happen that those who sell it are not so careful about the age of customers. Furthermore, “adults” often “help” minors buy alcohol, and also those who should sanction minors violating the law seem not to pay much attention to this matter. Therefore, very often it happens that minors are seen buying alcohol in supermarkets or stores and drinking anywhere although they are not (or should not be) allowed to buy alcoholic beverages.

It should be noted, however, that the minor, even though he/she does not incur in any administrative penalty or criminal charges for drinking alcoholic beverages in public, if caught consuming alcohol he/she must still be identified by the authorities and, if possible, delivered to his/her parents, who must in any case be informed of the fact (this rule is rarely applied by the authorities).

It is also important to know that pursuant to art. 688 of the Italian Criminal Code anyone (and thus also minors) who is caught, in a public place or place open to the public, in a state of obvious drunkenness is punishable with a fine that goes from € 51 to € 309 (this rule is rarely applied by the authorities).

Here below is a simple overview of the time limits of administration and sale of alcoholic and “superalcoholic” beverages depending on the type of business:

Neighborhood businesses: ban on the sale of takeaway alcoholic and superalcoholic beverages from midnight to 6 a.m. (n1)

Vending machines: ban on the sale of alcoholic and “superalcoholic” beverages from midnight to 7 a.m.(n2)

Pursuant to the same art. 54 of Law July 29, 2010, no. 120 (above), the prohibitions referred to in points 1) and 2) do not apply to the sale and administration of alcoholic and “superalcoholic” beverages carried out during New Year’s Eve (December 31-January 1) and on the night of “Ferragosto” (August 15-August 16). In general, moreover, the above prohibitions do not apply to the selling and serving of alcoholic beverages performed during fairs, festivals, markets, other extraordinary meetings or events in which the production or marketing of local products are promoted, that have been previously authorized by the competent authorities.

In addition to the above, public business operators that continue their activities after midnight, must possess near to at least one exit a device for measuring blood alcohol concentration (“BAC”) which is available to customers who wish to check their state of fitness to drive after drinking alcohol, and related tables that illustrate the typical symptoms of alcohol and the concentration of alcohol in some drinks.

The violation of the aforementioned provisions causes for the offender (the seller) a very onerous financial penalty, and in some cases even the suspension of the license or the confiscation of the goods or equipment.

As mentioned above, minors are not allowed to buy alcoholic beverages. The following provisions are intended to punish not minors but whoever sells alcohol to minors.

In order to verify the actual age of those who intend to buy alcohol, the same article 7, par. 3-bis (above), also states that whoever sells alcohol has an obligation to ask the buyer at the time of purchase for an identity document, unless it is absolutely clear that the purchaser is not a minor.

The provision of law referred to above must be read together with art. 689 of the Italian Criminal Code. This last article establishes that anyone involved in the restaurant business, or sale of food and beverages in general, administering, in a public place or in a place open to the public, alcoholic beverages to a minor under the age of sixteen, or other person appearing suffering from mental disease, shall be punished with detention up to one year (in this case the detention has been replaced by other penalties, e.g. a fine from € 516 to € 2,582).

Conclusively, according to the interpretation given by the Ministry of the Interior with the opinion dated January 25, 2013, and the Resolution 18512/13 of the Ministry of Economic Development, it is forbidden to “provide” such beverages to a person under the age of eighteen, without any distinction between sales, administration or consumption.

Therefore, the sale for consumption on the spot (administration) of alcoholic beverages is considered a crime and is punishable pursuant to art. 689 of the Italian Criminal Code (detention up to one year, replaced by other penalties, above) if performed in favor of a minor under the age of sixteen, while it is considered an administrative violation punishable pursuant to art. 14-ter of Law March 30, 2001 n. 125 (fine that goes from € 250 to € 2,000 plus the suspension for three months of the operating license) if done in favor of a minor who is less than eighteen but more than sixteen years of age.

The administrative sanction must always be applied in case of sale of takeaway alcohol to minors of any age.