Are you an Italian living abroad? Here are the instructions for voting next March 4, 2018 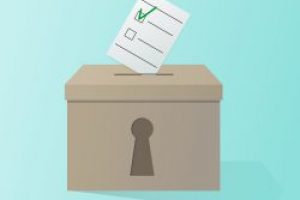 Are you an Italian living abroad? Here are the instructions for voting next March 4, 2018.

All Italians, including those who live abroad, will have the right to vote.

According to Law no. 459 dated December 27, 2001, Italian citizens who live abroad, provided they are registered on the electoral rolls, can VOTE BY POST. It is important to know that Italian citizens can elect representatives to the Chamber of Deputies and Senate of the Republic by voting for candidates who put themselves forward for the Overseas Constituency.

Otherwise, it is possible to vote in Italy, in your municipality (Milan, Turin, Rome, Florence, Naples, Palermo etc.), by sending a form (a.k.a. “OPTION”) to the Consulate within the legally required deadline. If you vote in Italy, you will receive the voting notification card from your municipality – at the polling stations in Italy – and you will be voting for candidates in the national constituencies and not for the Overseas Constituency.

According to the official Ministry of Interior website, these are the instructions for voting by absentee ballot, for Italians living abroad.

The voter will receive an envelope containing a ballot, and must follow the instructions given inside. The voter expresses his/her own vote on the ballot by making a mark (an X or /) on the symbol of the chosen list or, in any case, in the box that contains the list.

Remember that your ballot must be received by your local Consulate by 4 p.m. (local time) on March 1, 2018.

N.B. We will provide further clarification at such a time as the Ministry makes it available.

Here are the instructions for voting provided by the Italian Ministry of Foreign Affairs and International Cooperation and other useful links related to the Italian election that will take place on March 4, 2018:

Italy to vote on March 4, with hung parliament feared – Reuters