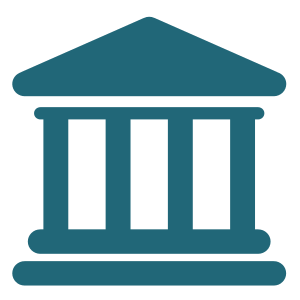 The bank account contract is a real “atypical contract” stipulated under Italian law between the customer and the bank. It is governed by the specific provisions contained in the contract, by the Italian Civil Code, and by Legislative Decree 385/1993. The bank agrees to perform direct/indirect debit/credit operations on the customer’s direct/indirect orders, in exchange for a fee. The account holder can dispose of the sums at his disposition at any time, subject to compliance of the notice period as may be agreed. The contract expires at the end of the period agreed upon or in the case of death, interdiction or bankruptcy of the account holder. If it has been stipulated for an indefinite period, either party may terminate the contract at any account closure, by giving notice at least ten days in advance.

It should be firstly noted that the bank account contract is a real “atypical contract” (art. 1322 of the Italian Civil Code “c.c.”)* stipulated under Italian law between the customer and the bank and, therefore, is governed by the specific provisions contained in the contract and, as far as possible, by the Italian Civil Code (art. 1852 c.c. and following). The bank account contract, in fact, has no specific regulation in the Civil Code. However, certain provisions of the Civil Code, and in particular articles 1852-1857 c.c., that regulate banking operations, and articles 1826 (Costs and rights of commissions), 1829 (Credits from third parties), 1832 (Approval of the account) apply to this atypical contract. Further regulation can be found in the Legislative Decree 385/1993, also known as the Consolidated Banking Act – (T.U.B.).

The bank account is therefore a contract under which the bank agrees to perform direct/indirect debit/credit operations (custody of money, crediting of amounts, payments, cash withdrawals, bank checks, bank transfers) on the customer’s direct/indirect orders, in exchange for a fee.

The customer creates a fund at the bank (current account) through which all incoming and outgoing requests are performed. These cash transactions are recorded by the bank in debiting or crediting entries (detailing movements – deposits and withdrawals) with a final indication of the (positive or negative) balance.** The fund is generally made up by depositing money into the account (art. 1834 c.c.), but can also derive, for example, from a credit transfer (art.1842 c.c.) or from other sources.

With the bank account, the account holder can dispose of the sums at his disposition at any time, subject to compliance of the notice period as may be agreed upon (art. 1852 c.c.).

The bank account also may be held jointly with the right for the co-holders to carry out operations separately. In this case, pursuant to art. 1854 c.c., the co-holders are considered joint creditors or debtors of the balance of the account.

Under Legislative Decree 231/2007 (Anti-Money Laundering Regulation) the bank, at the time of the opening of the account, shall ask the customer to fill in a form which is intended to identify the customer’s “profile” (financial identification of the applicant). The customer must also “register” his signature at the bank so that later the same bank will be able to check the provenance of the orders (if it is a joint account contract, pursuant to art. 1854 c.c. all co-holders must register their signatures at the bank).

The bank is responsible according to the rules of the contract of “mandate”  for the execution of orders received from the depositor or other customers (art. 1856 c.c.).***

If a specific duration has been planned, the bank account contract expires at the end of the period agreed upon. According to art. 1833 c.c. if the contract has been stipulated for an indefinite period, either party may terminate the contract at any account closure (deadlines that are set to determine the balance), by giving notice at least ten days in advance. In accordance with the banks’ information sheets, the customer can usually withdraw from the contract at any time, without penalty and without costs of closing the account. The contract also ceases in the case of death, interdiction or bankruptcy of the account holder.

*According to art. 1322 of the Italian Civil Code, a contract is “atypical” when it does not belong to the types having a particular discipline in the Code. Parties may enter into “atypical” contracts provided they are intended to achieve interests that deserve to be protected by the Italian legal system.
**The balance always consists of the “ledger balance” entry which is the sum of the operations of deposits and withdrawals recorded on the account at a given time, and the “available balance” which consists of what can actually be used by the customer. The latter can be different from the ledger balance because it can take into account certain transactions not yet recorded.
***Under art. 1703 c.c. the mandate is a contract by which one party undertakes to carry out one or more legal acts on behalf of the other.
****Art. 119, par. 2-3, of the Consolidated Banking Act (T.U.B.).