Theft of property brought into an Italian hotel: what to do and what the hotel-keeper’s liability is under European and Italian provisions 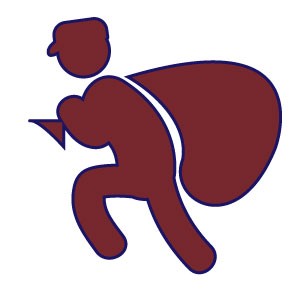 In case a guest at a European (and thus Italian) hotel suffers damage, destruction or loss (theft) of goods which he had brought (in)to the hotel, the hotel-keeper should be held responsible and therefore the guest has a right to compensation according to European and Italian provisions. In Italy, the liability of the hotel-keeper shall be limited to the value of the goods, up to the equivalent of one hundred (100) times the daily charge for the room. However, the liability of the hotel-keeper shall be unlimited in case the goods have been deposited with him or he has refused to receive property which he is “bound” to receive for safe custody. Guests should immediately report any theft to the hotel staff and call the local police to file a report. We suggest taking pictures or videos of the goods and of the safe, asking the hotel staff for entry/exit room reports, and also pictures taken by the security cameras in the hotel. Looking for witnesses can also be very helpful.

Have you been a victim of a theft in an Italian Hotel?
Fill in the following form in order to receive a professional assessment of your case. An expert Italian lawyer will let you know if there are grounds to proceed with a formal compensation request or what else you could do.
This assessment is free of charge!Request for assessment

Theft of property brought into an Italian hotel: what to do and what the hotel-keeper’s liability is under European and Italian provisions

The “Convention on the liability of hotel-keepers concerning the property of their guests” (Paris, December 17, 1962, ratified by Italy on May 11, 1979 and entered into force on August 12, 1979), expressly states that “a hotel-keeper shall be liable for any damage to or destruction or loss of property brought to the hotel by any guest who stays at the hotel and has sleeping accommodation put at his disposal” (Annex, art.1).

Point 2 of the same article clarifies that “any property:

(a) which is at the hotel during the time when the guest has the accommodation at his disposal;

(b) of which the hotel-keeper or a person for whom he is responsible takes charge outside the hotel during the period for which the guest has the accommodation at his disposal; or

(c) of which the hotel-keeper or a person for whom he is responsible takes charge whether at the hotel or outside it during a reasonable period preceding or following the time when the guest has the accommodation at his disposal (e.g., the luggage sent to the hotel before the arrival of the guest or left in the hotel after check-out and withdrew before departure); (…)

shall be deemed to be property brought to the hotel”.

The liability of the hotel-keeper shall be limited to the equivalent of 3,000 gold francs, or to at least 100 times the daily charge for the room. However, according to article 2 of the Annex, the liability of the hotel-keeper shall be unlimited in case the goods have been deposited with him, or he has refused to receive property which he is “bound” to receive for safe custody.

The only exemptions to the liability of the hotel-keeper are set in article 3 of the Annex. The hotel-keeper shall not be liable when the damage to or destruction or loss of property is due to the guest, to force majeure or to the nature of the article. However, the limitation of liability in favor of the hotel-keeper shall not apply in the case of damage, destruction or loss caused by a willful act or omission or negligence, on his part or on the part of any person for whose actions he is responsible for (Annex, art. 4).

It is very important to know that guests who suffered the theft must inform the hotel staff without undue delay (Annex, art.5).

Moreover, many times hotel papers that guests sign at the time of check-in contain a provision that limits the hotel-keeper’s responsibility. However, all guests should know that according to art. 6 of the Annex “any notice or agreement purporting to exclude or diminish the hotel-keeper’s liability given or made before the damage, destruction or loss has occurred shall be null and void”.

The provisions of the Convention and its annexes do not apply to vehicles, any property left in a vehicle, or live animals.

In every other European country guests who suffered damage, destruction or loss (theft) of property brought to a hotel, shall demand compensation according to the national laws of the country where the fact occurred.

The contents of the aforesaid Convention were replicated in the Italian Civil Code (artt. 1783 – 1786 c.c.). Therefore, every provision mentioned above is applicable and regulates every instance of damage, destruction or loss (theft) of the property brought (in)to an Italian hotel by any guest. With reference to the above, the only specific element that must be taken into account is that, according to article 1783 of the Italian Civil Code, the liability of the hotel-keeper shall be limited to the value of the goods, up to the equivalent of one hundred (100) times the daily charge for the room.

According to recent judgments by Italian “Justices of the Peace”*, a hotel-keeper is always responsible for the theft of goods brought in by clients, even because of the general obligation of custody of the goods that bears on whoever provides hotel services. The hotel-keeper’s liability is established by the fact of introducing goods into the hotel, from which derives the obligation of compensation in case of theft of those same goods.

Therefore, any possible consideration concerning where the goods were stored (in the luggage, in the wardrobe, in the safe, or if the safe was opened, closed or locked etc.) are absolutely irrelevant considering that the hotel-keeper is always responsible for goods brought in despite how and where they were stored in the guest’s room.

The real problem for guests is the proof of the theft. As a matter of fact, it is very difficult for guests to obtain evidence because the hotel staff is usually not very helpful and collaborative. However, guests should immediately report the theft to hotel staff and call the local police to file a report.

It could be a good idea to take pictures or videos of the goods you are carrying with you (for example reflex cameras, contents of your luggage, expensive watches, etc.) and where you are storing them (for example the expensive watch in the safe) as soon as you enter your hotel room. It is important to obtain entry/exit room reports from the hotel to verify if someone entered the room while guests were absent (often access to the room is made by passepartout or mechanical keys which, unfortunately, are usually untraceable). It is very rare to find marks or scratches near the door. It could be important to ask the hotel staff for pictures taken by the security cameras of the hotel. These pictures could be important in order to prove for example that the goods entered the hotel but did not exit it before reporting the theft. In some cases other guests could have witnessed an unauthorized entry of housemaids or others, so it is important to ask them if they saw someone entering the room.

In case guests suffer a theft of goods during their stay at an Italian hotel we suggest contacting an Italian lawyer as soon as possible who, after evaluating the facts, will write a proper letter asking for compensation. If this attempt fails, it is either possible to proceed with amicable settlement of the affair which can be activated for example through the European Consumer Centres Network (Ecc-net) or similar, or, in case there is the intention to proceed legally against a hotel-keeper who did not pay compensation, we suggest activating the European small claims procedure, if possible, or an international suit with the assistance of an expert lawyer.
*A judge who is competent for specific matters and for low value cases.